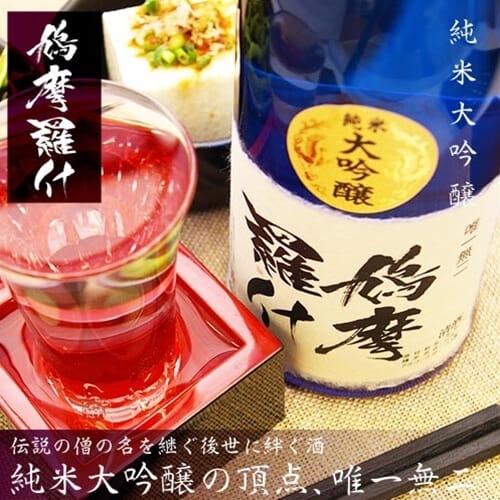 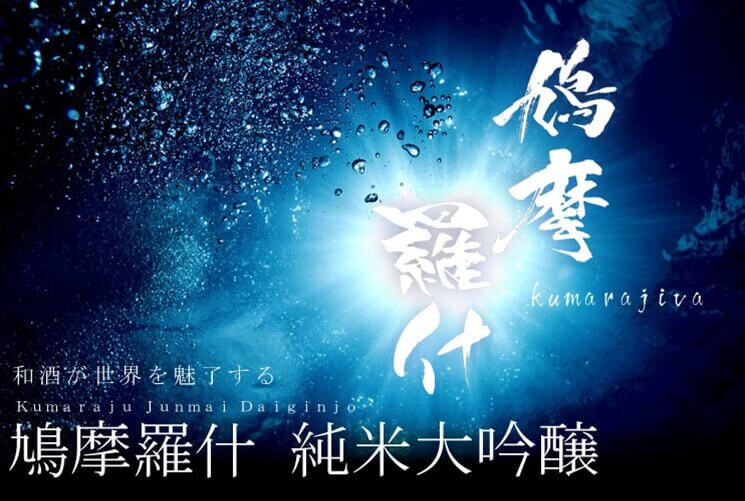 ◆ The day when the unnamed liquor exceeded the premium

Premier sake and shochu boom that happened about 10 years ago. When they were in the liquor industry, this Kumarajuu was born in the countryside of Niigata. At that time, the so-called famous sake and the regular sake sold by major manufacturers accounted for the majority of sake sales. Regardless of the famous name, once it was taken up in the mass media, the most important taste was postponed, but for customers who were just blessed with the brand, the sake brewery featured in the media was puzzled and lamented There was.

Since liquor is a luxury product, it is definitely not delicious because the taste of that person always comes out. On the other hand, it cannot be said that it is not delicious. That is something that the creator is aware of.

At that time, when this drink was born, he introduced to the whole country that “this drink was really good” even in a subjective mix. It's brilliant but the sake savvy person and the person who usually eats wine are interested in it. Was recorded. From then on, it is a hidden sake that has always been popular in the rankings, and has been brewed without being exposed to the media at all.

◆ Royal sake brewed for the world!

Haramara is the name of a legendary monk who translated Buddhist scriptures from the 350 to 409 AD era in the early North and North eras of China.

He is said to have been born when he was seven years old, translated his theory in less than a decade, and brought up many masters (more than three thousand). Buddhism in East Asia is basically directed by Hato Mara, and the Buddhist scriptures are topped by the Chinese translation of Hato Mara. Buddhism is still flourishing in East Asia today. It is said that there was a translation that was translated in accurate and beautiful language.

He has been known as a kid since childhood, and there was a war over him alone. In time, Mahayana Buddhism spread throughout Asia through the Silk Road and was introduced to Japan far east. It is the name of a legendary person who has had a great influence on the Buddhist culture transmitted from west to east.

This sake, named after him, was purely made to know the beauty of Japan's sake (SAKE) all over the world under the name of Hatomara, which had a great influence on the world. It was named “Rice Daiginjo”.

From the fresh scent of the fruit, you will be drunk comfortably.

◆ A gem that will return to its umami after drinking

An elegant and elegant fragrance will stand up when the cap is opened. For example, pears, golden delicious (yellow apples), Yubari melon and grapefruit have a fresh scent of fruits, and aromas of acacia and cherry blossoms are the main ingredients.

The taste of 500 million stones (sake rice) that spreads indefinitely when included in the mouth.

The taste is swollen, soft and beautiful. After drinking, it is finished in an exquisite dish that returns the original taste of sake.

As a feature, the balance between delicate sweetness and sourness is kept wonderfully beautiful, and I think that the slight bitterness of the aftertaste finishes with a more refined taste.

Enjoying a gentle and elegant taste and aroma, this sake is ideal for an aperitif. A material with a slight sweetness is perfect for cooking. I think sweet shrimp sashimi, crab shabu and yuba dishes are the best combination to enjoy both sake and food. The sake is delicious, cold, room temperature, and warm. 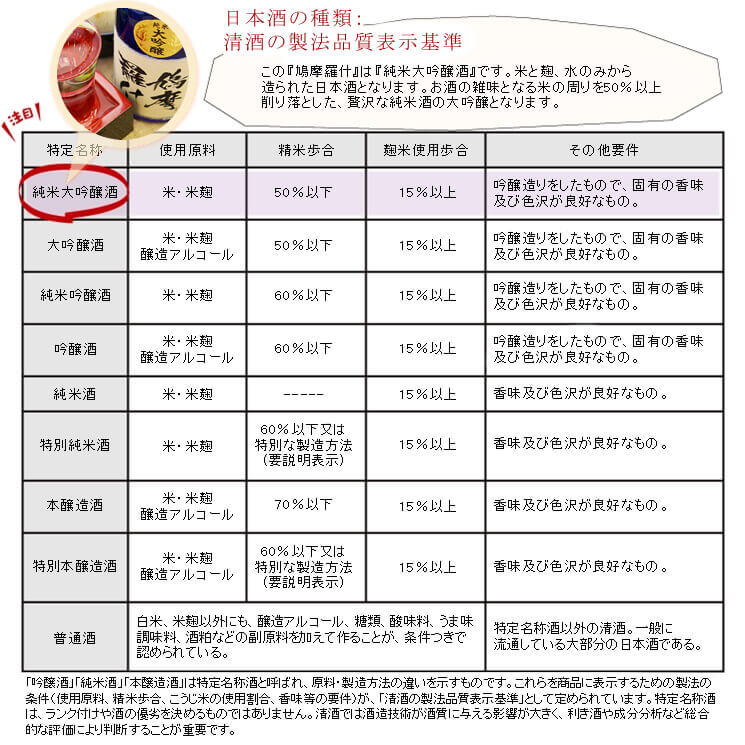 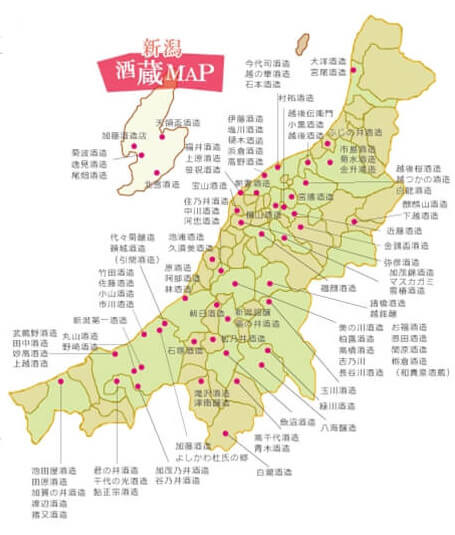 There is a lot of rainfall throughout the year, and because of the cold climate, sake brewing is blessed with conditions for low-temperature and long-term fermentation. The abundant snowmelt water is a soft soft water type, and light and soft local sake is brewed.

Sake brewing suitable rice “500 million stones” is cultivated as a raw material for sake, and in recent years “Echidanrei” has been cultivated, and by Echigo Kaoru, it is finished in a light dry type. Variety of liquor quality such as mellow liquor is growing more and more.

The prefecture has a high level of ginjo brewing and the 1 warehouse (as of 95 year) in the prefecture, the nation's No. XNUM.The number of gold awards received from the National Sake Appraisal Society has always overwhelmed other prefectures. There are many small-scale manufacturers, and they are concentrated in alluvial fan areas such as Rokukamachi and Yuzawa, sand dunes such as Niigata and Amagasaki, and Nagaoka.

When asked about the image of Niigata, many people answered “rice”, “snow” and “sake”. Niigata has a beautiful natural blessing and faces the Sea of ​​Japan. It is rich in seasonal changes from the environment surrounded by mountains, and has been cultivating a rich liquor culture from a long time ago by utilizing abundant ingredients. During the cold season of winter, the climate is perfectly suited for sake brewing, and the “taste dryness” made with delicious rice and water from Niigata has always inspired people. The snow that falls deeply in Niigata winter naturally leads to air purification that is difficult to do artificially.

“Water”, which accounts for 80% of sake, is a very important factor in determining the quality of sake. Fortunately, “Yukikuni Echigo” is the name of Niigata. The intensity of the snowstorm that blows, this snow eventually becomes clear water and soaks into the basement, and after a few years, it becomes neat and clean water that contains a lot of minerals. Each brewery seeks water that matches their liquor.

Niigata, which is also a place for rice, is famous for Koshihikari rice from Uonuma, but in sake rice, Gohyakumangoku, Takamine Nishiki, which is often used for high-class sake, and Yamada Nishiki and Gohyakumangoku are crossed. , Koshihikari, which was born for Daiginjo in Niigata.Since rice varieties also have a great influence on the taste of sake, the ratio of the cost of rice in sake brewing is also the highest in Japan, and sake using rice and water grown in Niigata is said to be "light and dry" that the world can be proud of. You can say that.

There are many words “majime” in Niigata people and their characteristics, but the Echigo Kei in the sake brewing is just as the name suggests. The rivals of the sake brewery, Mr. Tsuji, work hard every day by supplying information and holding study sessions. Ginjo-zukuri, which has exchanges and does not compromise on its own, has been handed down from generation to generation. In addition, the prefecture brewing association is also devoted to nurturing young successors, and many of them are active in sake breweries in and outside the prefecture.

As of 2011, Niigata prefecture has the largest number of 95 breweries in Japan, and sake consumption is the highest in Japan. From 2004 year, almost all sake breweries in the prefecture gathered to hold a wide appeal of Niigata's sake, and events such as “Sake no Jin” where you can sample hundreds of different types of sake are held, with millions of people from all over the country. Invites Japanese sake fans. Sake made with high-quality sake rice, clean water, cold weather, and Mr. Echigo's craftsmanship is growing in demand today, not only in Japan, but also in Japanese and French cuisine. As a sake that can be enjoyed with various meals, it attracts Japanese sake fans from all over the world. I would be happy if I could enjoy the sake introduced here and become a Niigata local sake fan. 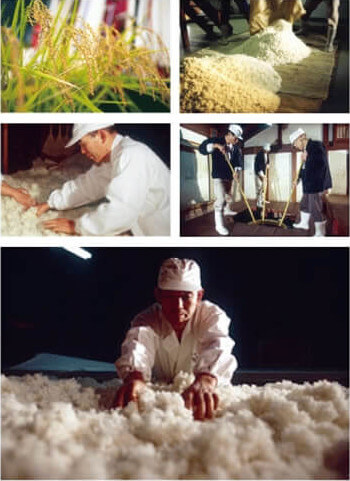 Located near the port of Niigata City, there is a fish market nearby and the scent of the tide drifts a little. Imada Tsukasa Sake Brewery is located at the final point of the Shinano River, Japan's best tide.

At the time of its establishment, there was a river called Kurinoki River that flows into the sea in front of the storehouse, and it was an important transportation route for transporting rice from the surrounding granary area to the port by boat. In this region, we were able to obtain an abundance of very high-quality natural water, so the brewing industry such as sake, miso and soy sauce flourished along the river. At one time, there were 8 sake breweries with sake alone, but now only two houses, Imadaji Shuzo and Koshi no Hana Shuzo, are still in production.

Imada Tsukasa Sake BreweryA structure that does not add any brewing alcohol to any sake produced.The attitude is about 100 storehouseThe only sake brewery in Niigata prefecture that has only 1500 in Japan.It is. It does not intentionally adjust the taste and does not add a drop of brewed alcohol, so it is a brewery that uses only rice and rice to produce only Japanese sake (pure rice sake) produced by microorganisms with natural power.

Even now, we have a storehouse in front of the brewing town (fermentation town), protect the warmth of “Imadaiji”, continue to make a small amount of pure rice wine without making a large amount of sake, We continue to master the taste that is light and elegant. 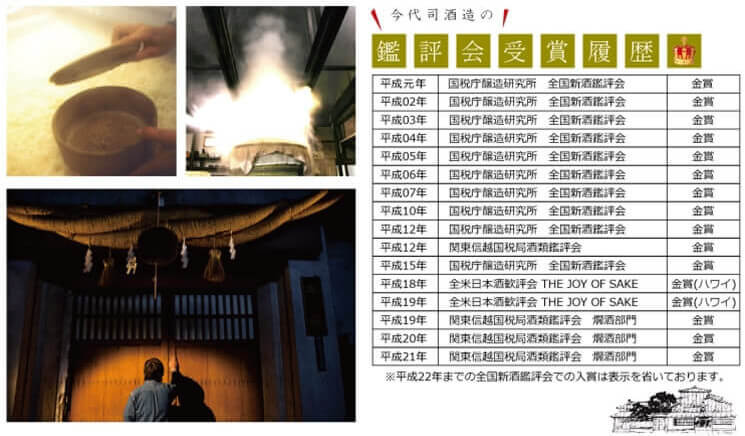