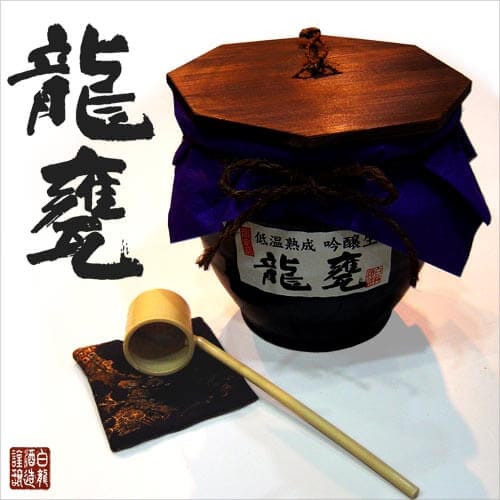 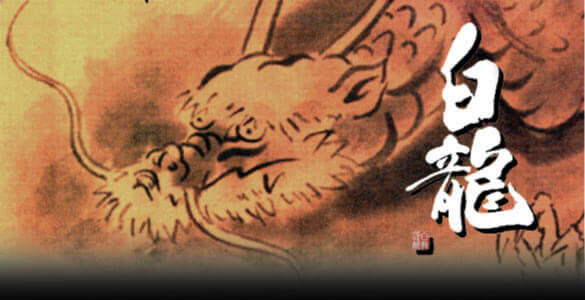 The business was in 1839 (Tenbo 160th year) during the Edo period, and while many brewers in Echigo opened their landlords, our family was separated from the shipping wholesaler that trades with Hokkaido in Minatomachi Niigata, which is crowded with Kitamaebune ships. We have opened a brewing business that produces sake, which is a major product from Niigata, which is needed in Hokkaido.As a descendant of the family business related to ships, we put the word "dragon" to represent the god of the sea and named it "Hakuryu Sake Brewery" in prayer for prosperity in this area.Since then, we have been making sake for over XNUMX years.Every day, with Mr. Echigo Mori at the top, the brewers are devoting themselves to making light and dry Niigata sake.

The former Suwon Town (Suibara Town, now Agano City, Niigata Prefecture due to the merger of cities, towns and villages), which Hakuryu designated as a liquor production area, is located in the water town of Fukushimagata, which is connected to the Aga water system and overlooks the Iide Mountain Range in the distance. We have received the benefits of water in the form of "sake rice," which is ideal for sake brewing.The flow of Aga finally moistens the land of the Echigo Plain, and in autumn it is also a breadbasket of rice where the scenery of golden rice ears spreads all over.In the Edo period, "Echigo prefecture" was set up in the Tenryo of the Shogunate, and after the Meiji Restoration, when the abolition of the feudal clan was abolished, it was a town with a history and tradition as Suwon prefecture, the predecessor of Niigata prefecture. In winter, the messenger "Swan" from the north comes from Siberia, and it is also famous as a town with Hyoko, which is wintering. It is a place blessed with a climate suitable for sake brewing, such as "water," "rice," and "Yukiguni."

Hakuryu Sake Brewery's sake has been recognized for its quality not only domestically but also internationally, and has been awarded the "Gold Award" at Monde Selection every year since 1994.In addition, "Daiginjo Hakuryu" won the gold medal in 1997, "Junmai Daiginjo Hakuryu" in 2002, and "Tokusen Daiginjo Sasaya Shigezaemon" won the gold medal three times in 1999, 2006 and 2007. Awarded only to products that are recognized as having the highest qualityWon the "Gold Gold medal"Doing. 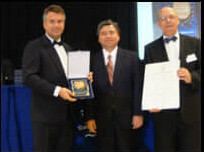 * Monde selection is a worldwide prestigious contest for all favorite foods, which started in 1961 with the aim of improving the quality of all foods.Products exhibited at Monde Selection undergo rigorous screening (sensory test / scientific analysis) every year, and only products that meet the evaluation criteria will be awarded a certificate and medal.If the same product wins the gold award for three consecutive years, the "International High Quality Trophy" will be awarded, and the product recognized as having the highest quality among the gold award-winning products. Only the "Highest Gold Award" will be awarded.In addition, a crystal "high quality trophy" will be awarded to manufacturers who have won the gold medal for 10 consecutive years.

“Toho Daiginjo Kojiya Shimonemon”, which is also handled in our shop, has won the gold award for more than 10 years since the exhibition, and the highest gold award was also received in 1999 and 2006 years, the 2007 year in 3 Awarded. In 2007, Suntory's premium malts have become a hot topic because they won the 3 consecutive year's highest gold award in the same Monde Selection beer category, so many of you may know about “Monde Selection”. It is said that it is very difficult to win a gold medal continuously, but Hakuryu Shuzo Co., Ltd.Since its first listing in 1994, it has won the gold award every year, and the 3 has received the “International High Quality Trophy” awarded to 9 consecutive gold award products. Awarded the "High Quality Trophy" made by Crystal for the achievement of the 2003 consecutive gold award in 10It is done. 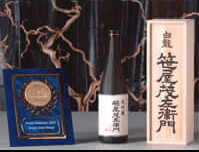 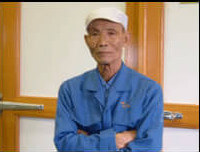 Mr. Tsuji of White Dragon and Mr. Joe Yamakawa were also involved in the Niigata Sake Brewery Employees Union Association and the 40 “Jijo Sake Sake Fair”Received the Niigata Technician Association Federation AwardDoing. "Niigata Prefecture Sake Brewing Employees'Union Federation Self-brewed Sake Product Review" (Self-brewed Sake Product Review) is a sake brewing engineer from Niigata Prefecture who is a member of the Niigata Prefecture Sake Brewing Employees' Union Federation (Mr. Mori, etc.) However, this is an annual competition held for the purpose of bringing in brewed sake and competing for the quality of the sake to work hard with each other and improve sake brewing technology.This time, 110 sake items were exhibited from 348 breweries.With the Governor of Niigata as the Honorary Governor, the examination is conducted by prestigious liquor professionals inside and outside the prefecture who have the skills to instruct manufacturing, such as the Kanto Shinetsu National Taxation Bureau Appraisal Office, the Tokyo Regional Taxation Bureau Appraisal Office, and the Niigata Prefectural Brewing Experiment Station. , The top 10 will be specially commended and the cup will be awarded.So to speakAwarded at this product review event, where liquor professionals judge professionalsWhat I was able to do is also a great honor for being involved in sake brewing.

When you look into the jar, you can see your own face that is beautifully reflected in the sake, and the delicious scent that writes out the saliva peculiar to raw sake begins to drift neatly, and you will be inspired to drink sake quickly.I think that the sake in the jar is not something to drink alone, but to talk with friends and drink it.After dinner, I thought about the image of slowly drinking alcohol with a conversation as a side dish before going to bed, and checked the compatibility with a small amount of side dish.First of all, this sakeSmooth and easy to drink through the throat and throat,It has a miraculous taste as a raw sake, and even if you are drinking for the first time, you can simply say “delicious!”It was an aged sake with a very good finish. When you drink the same sake in a bottle and when you drink it in a bowl, the taste of the experience changes a lot. It seemed that the ripening process had the effect of curling the sake, which was so rough, while curling it. 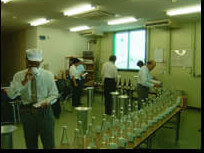 Verification based on light general dishes before going to bed

If you include “fresh sake” in the mouth of the oil that spreads over your mouth, the mystery and oily feeling will disappear, and the deliciousness of eringi (food ingredients) will stand out. Still, the synergistic effect was ◎ against the strong oil because the taste of rice in sake was increased.

It weakens the taste of the sea and enhances the hotness of sake. ○ As a compelling role to draw down the original taste of squid

Because it was cooked in sake lees, it brought out the umami of sake, the umami of ingredients, and the best umami. However, because the effect is in “Sake lees”, the delicacy of the delicacies combined with sake lees is on the same line, and there is no doubt that it will be quite entertaining.

Ingredients play a supporting role, and it is a royal road that continues to demonstrate the deliciousness of raw sake. If I personally have all of Niigata's “Juzen eggplant” pickles, I think I won't run out of conversation with my friends overnight.

As a general comment on combining ingredients with handheld ingredients, there is a difference between enhancing ingredients or alcohol depending on the combination, but it seems that there are a considerable number of combinations that enhance both, so from this report “I think that the best situation is a situation where you drink sake from a sardine with a friend.”