About information about liquor

Here is a list of brewers and production areas for name-added sake and juice.

Imadaji Sake Brewery is the nearest sake brewery from Niigata Station. There are not so many places in the city that leave the appearance of returning to Japan. There are some customers who stop by the sake brewers who enjoy Japanese sake every day and others, but many people can feel nostalgia even though they are the first sake brewery to visit. One of the roles of Sake and Imadai Sake Brewery may be here as the world gets smaller and ancient things are lost.

About the quality of sake with name
Named sake is all “dry”.

Since its founding in 1751 (the first year of the Holy Calendar), we have passed through the drastic history of Echigo Nagaoka (Nagaoka City, Niigata Prefecture) and have once played a role in the food culture of sake. In the meantime, in 1882, the brewery of the Nagaoka lord Makino family, which was the origin of “Ryoro”, was handed down, and the use of the “Three 柏” crest and the brand name “Ryoro” were inherited. was. The people who are involved in sake brewing change over time, but our company's stance of “creating delicious sake that pleases many people” has been consistently inherited. With this tradition as our best qualities, Niigata brewing suitable rice `` 500 million stones '' as the main raw material, in harmony with Mr. Echigo's skill and modern brewing technology in a privileged environment, It produces a light and dry liquor that is characteristic of “Ryokuro”. As a sake made by Niigata's famous breweries, the brewery brewing products based on the specially named sake have been widely supported by drinkers from north to south in Japan.

About the quality of sake with name
Shochu used for name sake is sake shochu. Authentic shochu made from freshly squeezed pure rice sake lees in a single-distiller. From the freshly squeezed sake lees with plenty of flavor components, a fruity and refreshing fragrance is fully extracted by distillation. You can enjoy a refreshing aftertaste and a refreshing, elegant aroma of fruits like green apples and pears.

Set Winery [White Wine]
We continue to refine our wine-making skills in Nishimuro-ku, Niigata Prefecture. The local wine is made very highly appreciated. The roots of winemaking are agriculture. In the 1.5th industry that adds human skill and wisdom of brewing to crops, based on the concept that “good wine comes from grapes dedicated to good wine”, we aim to make even better wines in cooperation with local farmers. .

Imported directly from Italy [Red wine] (* First landing in Japan)
As a red wine suitable for a celebration, our exclusive sommelier is a red wine. Wine imported directly from Italian wineries.The wine produced with a small number of people in nature and handmade winery is moderately condensed and has a soft acidity and tannin finish. A well-balanced wine that can be enjoyed with various meals such as grills and meat dishes.

Shiso Gold
Without using agricultural chemicals or scientific fertilizers, we have carefully cultivated safe and secure red shiso in cooperation with producers. Echigo-Shirayuki-an (nurtured gently in a hygienic environment)※ 1) To complete “Shiso Gold”.

About Bassidiomycetes-X ※ 2
It has been cultivated as an edible mushroom “white truffle” in Niigata Prefecture from the beginning of the 2000 era, but later turned out to be a new type of mushroom. The content of β-glucan is as high as 21%, making it a distinguishing feature compared to many other mushrooms. Since then, research has progressed rapidly. A mouse experiment was conducted by Professor Tetsuya Konishi of the Food Function and Analytical Chemistry Laboratory of Applied Life Sciences, Niigata Pharmaceutical University, and it was confirmed that the antioxidant activity to extinguish active oxygen was extremely high (05 held in 10 year) Presented at the Japan Food Factors Academy and the 27 Free Radical Society in the same year). In addition, studies by St. Marianna University School of Medicine have recognized immune regulation functions such as lymphocyte activation. Based on this result, it is expected that the application and development in many fields will progress. (Refer from wikipedia)

Since sake and shochu are delivered in a state of gold leaf, we are sorry but we cannot respond without gold leaf. (* Golden leaf is not included in wine and Shiso.)

There is no handling other than the sake lees produced in Niigata Prefecture. We are sorry for the inconvenience, but thank you for your cooperation. 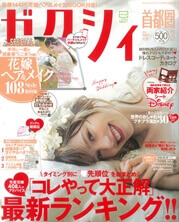 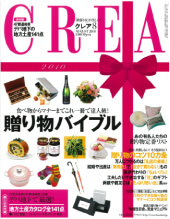 [Information on business hours]
Weekdays 9: 00 ~ 18: 00
Saturdays, Sundays, and holidays are closed for all operations including shipping.

[About delivery during regular holidays]
For orders after Friday at 13, due to the availability of newspapers, the shortest shipping date is Tuesday the next week.

Humbly thank you for your understanding.